Alcatel Pixi Unite A466BG that use TracFone service is a mid range smartphone with mid range features and capabilities that works great for people who just getting their taste for Android based smartphone.

A mid range smartphone with affordable price that already has the basic features that a smartphone must have is more than enough for some people. The Alcatel Pixi Unite A466BG that uses TracFone service is a fine example of that kind of phone. 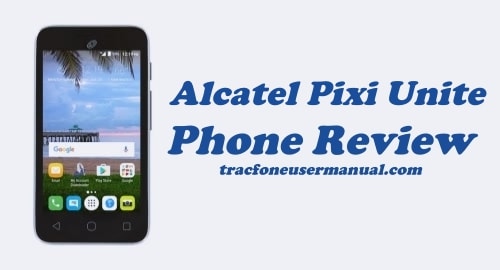 Alcatel Pixi Unite have a mid size screen, only 3.97 TFT color display, which is considered as compact screen size for modern smartphone this day. It works great for those who are looking for something that is not too bulky for their hand and also easier to carry around compare to bigger screen size smartphone.

Although it sports mid size screen size, this phone use the current version of Android version, the marshmallow version 6.0. It offers the familiar layout for those who used Android before yet it works better than the previous version. It also uses Quad Core 1.3 GHz processor that able to deliver fast performance on opening and running all kind of application.

Combine it with 8 GB internal memory that can be expand to 32 GB more space with a micro SD card, this is a promising smartphone. The only thing that was lack is the RAM, which is only 1 GB, pretty small compare to other smartphone that using similar OS and processor. 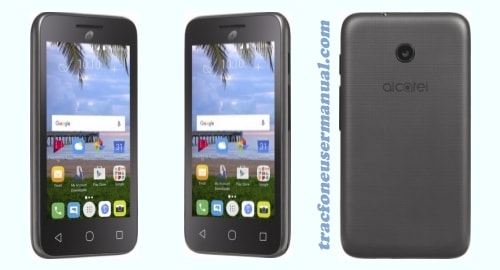 What makes this phone considered as mid range phone is not based on its processor and OS, but more to the feature that it offer. Start with the camera, which surprisingly only boast a 2 MP camera. That is a pretty low resolution for such a modern smartphone and it seems very unbalanced with the up to date processor and OS that it use. 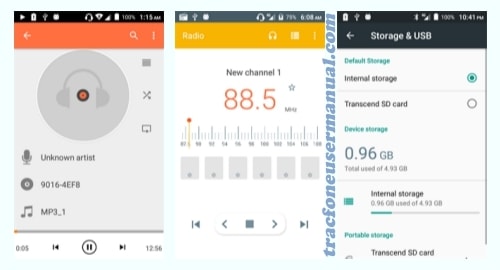 Other than that, this phone has a pretty standard features and specification. It has Bluetooth, MP3 player, GPS and FM radio. The battery also use the 1.500 mAh lithium ion battery that promised able to last for 9 hours talk time and 9 days standby time.

Overall, the phone performance is not something to boast. It has lots of potential that the manufacturer should be able to work on. People who don’t have problem with the odd combination of features and specification of this phone can get it straight from TracFone or, for better deal, they can find it in WalMart and eBay.