In 2014, Tracfone add a new smartphone in their ever growing list of smartphone device and it’s the Tracfone LG L34C Optimus Fuel or simply LG Optimus Fuel. Just like other phones that Tracfone has released as part of their network, this one is also run on Verizon CDMA cell phone towers. There are lots of things to dig about this phone if you are interesting to have it. 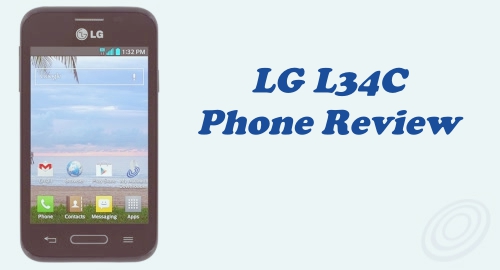 You can find only one camera in this phone and it brings a 3 MP resolution. It is pretty standard, meaning that there is nothing to be so excited about since the result is very ordinary. So, if you want to look for a phone with great camera, then this is not the one you are looking for.

What about its memory? This phone was build with 512 MB RAM and 4 GB internal memory. It is sufficient enough for daily use and if you think that you need more memory, then you can use the SD card that can store up to 32 GB data.

The size of the screen is also pretty standard, only 3.5 inch with IPS processor. Many smartphone, especially Tracfone smartphone also has the same size, take example Samsung Galaxy Centura and ZTE Valet. Its size is good enough to give you clear view on everything and not too big that makes it a little hard to carry around.

Move to its battery performance. It is listed that this phone is able to stand up 10 hours of talk time, and for standby time, it can last for 11 days. If it can manage to stand for 10 hours of ongoing use, then it means you can expect it to last a whole day in your office without have to charge it way too often.

Other things that you can expect from this phone are the features that it has to offer. It has Wi-Fi connection system, MP3 player, Bluetooth and also other features that can be found in other Tracfone device such as Caller ID and voicemail.

This is only one example of Tracfone device and you can expect to have more options in the future. Make sure to find out everything about the device to find out whether it meet your expectations or not, and if it do, then you can get one along with Tracfone service for a much better deal in your part.