Find out the good and the bad part of Tracfone Unimax U671C MAXPatriot phone, so you can make decision whether this Android based smartphone is the one that meet your personal requirement or not.

Tracfone, a low cost phone service provider always comes up with new type of service as well as smartphone. They also trying to keep up with the increasing demand of Android smartphone by releasing more smartphone that use this operation system. One of the available options is Tracfone Unimax U671C MAXPatriot phone. 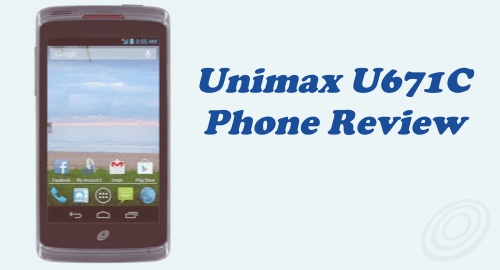 This smartphone comes in low retail price, and that is one thing that will capture people attention in the first place. But before you make your order, you need to find out more about this phone, what it has to offer and whether it has some disadvantage that you need to know beforehand, so you be disappointed with it.

Let’s start with the good thing that you can enjoy from this phone:

There is no perfect device and that is also the case in this one. There are several aspects that you can consider as the bad part of Tracfone Unimax U671C MAX Patriot.

Read on to find out whether this is something that you can tolerate or not from a smartphone, but do bear in mind that this phone is an old one so you can’t expect it to have excellent features that is available in new phone.

It is obvious that this phone is not the one that you can call as top notch smartphone. But if you don’t mind with the not too good part of this phone, then you can get one with incredible affordably price. You also will get the Triple Minutes for Life from Tracfone, which is applied to every Tracfone android device. So, what do you think about that?