Review of ZTE ZFive 2 LTE Z836BL and Z837VL, where both series share the same specification, performance, functionality and everything else other than the networking channel, where one using GSM and the other CDMA.

Enjoy the functionality offered by ZTE ZFive 2 LTE Z836BL (GSM) and Z837VL (CDMA) with its Marshmallow Android operating system and a sleek, compact design that fit neatly in user palm. 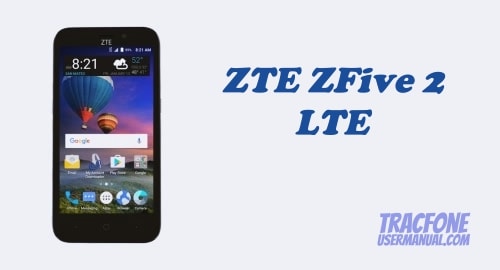 A nice good looking candy bar design built into ZTE ZFive 2. Measured at 5.73″ x 2.88″ x 0.42” and weighted at 5.93 ounces, this phone will fit perfectly in user palm. At first glance, the user won’t be able to differentiate between the GSM and CDMA version, which means user need to look at it more carefully.

Sporting a 5 inches IPS LCD Screen and 720 x 1280 resolutions, ZTE ZFive 2 gives user clear picture. Everything looks good for simple and daily use, and even for playing some games.

Nice to know that ZTE ZFive 2 use Android Marshmallow as its operating system. Android Marshmallow sports plenty improvement compare to the previous version such as the ability to improve app performance and lowers memory overhead for faster multi tasking. This Android version also shows better ability to extend battery life thanks to the doze auto sleep mode.

Dual camera is available in ZTE ZFive 2. The 5 MP rear camera works great for taking photos everywhere and the 2 MP front camera for selfies and video chatting. Various camera modes and features such as flash and auto focus are included to help user taking a much better and more varied photo quality. The user can use the camera for video recording purpose as well, where it can record a video at 1920 x 1080 pixels at 30 fps.

Supporting the work of ZTE ZFive 2 is the 1.4 GHz Quad Core, Qualcomm Snapdragon 425 MSM8917 processor. The phone manufacturer uses 1 GB RAM for this phone. 8 GB internal storage, where almost half of it is usable, is ready to support the user of the phone. That is not all, ZTE ZFive2 also supports microSD where the user can store more data, file, video, and whatever type of file they have for up to 32 GB.

Being part of modern smartphone, ZTE ZFive 2 already supports 4G LTE. No need to worry about having a bad internet connection by using this phone.

Another connectivity feature available in this phone is Wi-Fi (a standard feature that basically all smartphone must have), Bluetooth, micro USB, and A-GPS.

Some features that help in the connectivity department is accelerometer sensor, proximity sensor, multimedia messaging and hearing aid compatibility. All sort of connectivity features is already included in this phone, which means no problem for getting connected with other people.

ZTE uses a non-removable, 2800 mAh lithium ion battery for ZTE ZFive2. The battery was meant to power the phone so it will stay on as long as it needs and help the user to get connected no matter what. In this case, the battery can live for up to 16 days on standby time and for talk time, it can last for up to 18 hours.

The best thing of ZTE ZFive 2 comes in size. The 5 inches screen size is the perfect size that many people prefer to this day. That kind of sizes gives an unobstructed view of everything they want to look at on the screen such as texting, browsing and watching the video.

The fact that it uses Android Marshmallow operating system is a good one as well. This version of OS works great than its previous version, although currently, Android has released an even newer version. The user is also able to choose between GSM version and CDMA version, which is another plus thing. Other than that, everything else is moderate and work good enough for simple and daily use.