Review of TracFone ZTE ZMAX Champ Z917VL, one of smartphone from ZTE that was offered for people with low budget but manage to offer nice feature and good performance for people satisfaction.

Most people who are looking for an affordable smartphone with decent feature will look it for smartphone made from Chinese company such as ZTE. So far, ZTE is popular as a brand that produced lower end budget smartphone, which makes it sought after by people with limited budget. 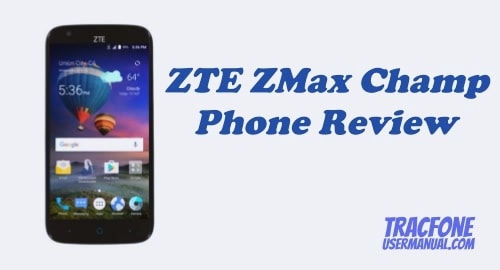 What about TracFone ZTE ZMAX Champ Z917VL? Does it have really had everything that people can count on? It is better to work on the features that it has to offer and after that, it is up to people to make their judgment.

The phone sports a 5.5 inches screen. This is the same screen size that also used by other ZTE ZMAX smartphone series. Most smartphone in the market comes with 4 to 5 inches screen size and it makes this phone as a big one. Those who are not used to this size may find it tricky to handle it properly in the beginning. But it may not be a big deal since people can have better enjoyment with this phone to watch video, music and browse the internet with it. 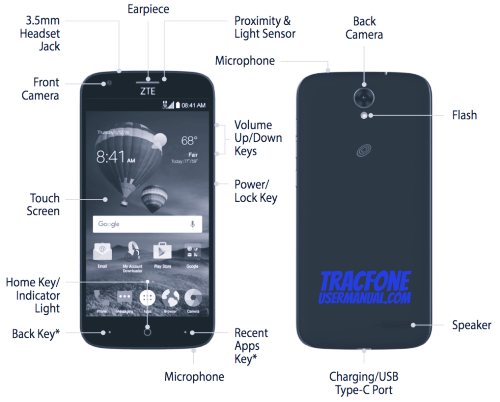 Using Android version 6.0.1 Marshmallow, which is the current version for this OS makes this phone works great. It also means that people won’t be bother with issue that plague the previous version, that happen to other ZTE ZMAX series that use a lower version, so in this case, this phone earned it positive points.

Multi tasking is very possible with this phone, which is something that people will appreciate. Other than using newer Android version, this phone shares the same features like ZTE ZMAX Grand. It also supports 4G LTE and Wi-Fi connectivity, which is considered a must thing to have for such a modern smartphone.

It also has an 8 MP camera that act as camcorder as well. Owner of the phone can expect to get high quality picture and video with the camera, although it may not win a tournament. The problem with the quality of picture from a budget phone is a common one, so it is not too surprising to find the same problem here.

It may be pretty average on the features but the battery is something else. The battery should be able to last for 20 hours for talk time and 10 days of standby time. 20 hours of talk time is pretty impressive for Android smartphone that usually don’t last that long, so at least people can be assure that they can have their phone running all day before they have to charge it.