TracFone ZTE Cymbal-T LTE Z353VL is one of the latest smartphone from ZTE that was released in 2016, offering people a standard Android based smartphone feature with unique form factor.

At first glance, most people will never think that TracFone ZTE Cymbal-T LTE Z353VL is an Android based smartphone. Android smartphone is always connected with candy bar form factor with big screen and no physical keyboard. That is not the case with this phone. Sporting a flip form factor and physical keyboard like a common basic phone, this phone uses Android OS, specifically Android version 5.1 Lollipop. 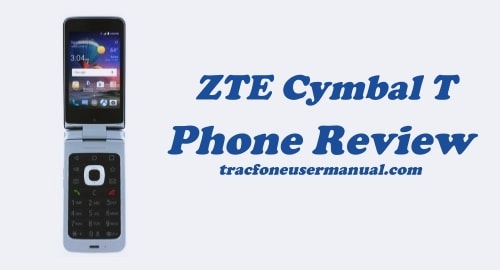 ZTE Cymbal-T LTE has compact design with 3.5 inches main display and 1 inches additional display. The screen already use touch screen technology, which means it work just like the common Android smartphone. As for the physical keyboard, it has 22 numbers of keys within its built in numeric keyboard.

Other surprise comes from the features this phone has to offer. It has 1 GB RAM, which is a common number that use by most Android smartphone. It also have two cameras, the main camera has 5 MP resolutions and the front camera 2 MP, where both managed to capture decent image. 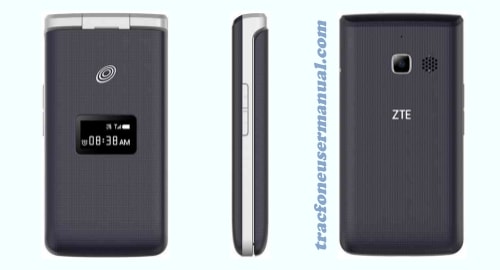 Other features are included expansion interface such as microSD and microSDHC. This phone also support Bluetooth version 4.1 that can connect with wide range of Bluetooth device, USB connector and Wi-Fi. Just like most Android based smartphone this day, this phone already support 4G LTE connection, which means user will be able to enjoy super high speed internet connection with it.

It doesn’t stop there, it also have GPS, FM Radio as the source of entertainment, several built in sensor including compass and the design is capable to well protect the phone from materials and liquid. 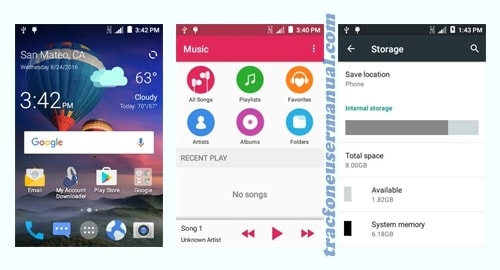 The 1800 mAh removable lithium ion battery that it use also able to support people for up to 10 hours of talk time and 6 days of standby time. The whole thing is actually pretty standard for a new Android smartphone. The Android version that it use is also a little out of date, yet still work nicely although it will be so much better to use the latest version.

But the fact that the design of this phone is unique makes it very attractive. Those who want to have Android smartphone and want to enjoy the convenience of physical keyboard like the old time may greatly enjoy this option. People can get it straight from TracFone, and also from other retail such as Amazon and eBay where people may get it for a much affordable price.