Considering a smartphone but aren’t willing to spend a lot? Read this Alcatel TCL A2X review and discover a no-fuss gadget you’ve been looking for.

The Alcatel TCL A2X smartphone released in 2020. For customers looking for the latest device for under $80, this one is worth considering. This Android phone is a simple gadget that’s covering all the bases.

It’s a no-fuss device with a 6.22-inch display, big battery, and dual-camera. Those are quite trendy specifications. Especially the dual-camera, which increasingly becomes a must-have on phones nowadays.

Other specs include a 1.8GHz processor, 3GB of RAM, and 4G support. On the software side, this phone runs on the latest Android 10.

In this Alcatel TCL A2X (A508DL) review, we’ll take a look into the pros and cons this phone has. See our opinion below so you can be better informed. We include reviews on design, camera, performance, and many more.

Alcatel TCL A2X surprisingly presents a premium-looking design considering how cheap the phone is (under $80). First thing first, it has a slim, although sizable dimension. The phone measures at 158.7 x 74.6 x 8.1mm in size. It is also surprisingly light at 158g.

The phone design is what buyers expect on a 2020 phone. Although not entirely bezel-less, the screen-to-body ratio stretches into 87.5%. It leaves the front part mainly for the display. There’s a little U-notch at the top and quite a thick “chin” at the bottom.

The phone casing is made of plastic polycarbonate. That’s why the phone feels lightweight. As for the color, the only option is black. The casing also has a glossy finish, which we prefer than the matte one.

Since it’s glossy, the back cover resembles glass, which is why it looks more expensive than the actual price. As usual, this is where you can find the camera, LED flash, and brand logos.

Other than the Volume key and the Power button, we also spotted the Google Assistant key. This special button allows users to have immediate access to the smart assistant feature. It’s nice to have and it’s one of the pluses of Alcatel TCL A2X design.

The 6.22-inch screen is one of the best features on Alcatel TCL A2X. The size is not the only attraction, the quality is not disappointing too. This phone features an 18:9 screen with a 1520 x 720 resolution. So, users got an HD+ screen at their disposal.

Although you might think an HD+ screen is nothing impressive, we need to consider the phone’s status as entry-level. The quality is decent, and we hardly spotted blurry pixels from a normal distance.

Although the LCD isn’t amazingly vibrant, color reproductions are quite well. The viewing angle is decent and so is the brightness. However, having only a 720p resolution, the phone won’t be able to play 1080p videos.

We are not complaining about the size. It is perfect although you can’t navigate with one hand. There are plenty of rooms to browse apps and the internet with comfort. The teardrop notch is hardly a nuisance. It blends well with the display with the right wallpaper.

If a user prefers a scratch-resistant display, Alcatel TCL A2X doesn’t provide such protections. The screen is without any coating like Gorilla Glass. Some budget phones have this feature, but unfortunately, Alcatel TCL A2X is not one of them.

Alcatel TCL A2X joins the trend by giving its users a dual-camera. Here we got a 13MP shooter, accompanied by a 5MP second lens. The main camera is the standard lens with autofocus. While the second lens acts as a sidekick with a fixed focus.

The dual-camera setup promises more possibilities. The phone provides 22 different types of scenes you can play around with. Among the examples of these scenes are sunset photos, food photos, and group shots. Alcatel TCL A2X has a dedicated AI that detects the object type automatically.

It works well most of the time. This AI detection feature doesn’t only detect objects but also enhance the photo altogether. Sometimes it’s a hit or miss. If you are not a fan of it, there’s the manual mode so you can make custom configuration.

The photo results are alright. We didn’t get superior looking photos, but they will be enough for a memory safekeeping and social media sharing. The second lens adds the blur effect to pictures. We like the inclusion of the second lens here. It adds more possibilities when taking pictures.

The front-facing camera is only 5MP. We kind of wished it was 8MP instead. To be able to take good selfies is important nowadays, yet the phone only settles for average resolution. We guess for the price, buyers can’t ask for more.

Alcatel TCL A2X comes with 32GB of internal storage. It may sound a lot, but there are several things to put into consideration. First, the dual-camera would eventually force you to upgrade your storage.

Another factor lies in the preloaded apps and systems. There are quite a lot of apps pre-installed on this phone. So that 32GB is shrinking already even when the phone is still new. It’s not the real capacity.

An SD card will be your solution. A dedicated microSD card slot is available here. You can find the slot under the Google Assistant key on the phone’s left side.

Alcatel TCL A2X (A508DL) comes with a 1.8GHz Quad-core processor and 3GB of RAM. During the first impression, we were not really excited about the processor. However, we’re curious about the RAM role in the performance. Alcatel TCL A2X is quite generous with the capacity.

The combo proved to be providing average day-to-day operations. Launching and quitting apps was quick although at times you will notice a delay. In some heavy apps, the delay can be longer.

The phone handles multitasking well, as long as we don’t take launching time into consideration. So far we haven’t experienced any app crashes due to heavy load. But the performance was noticeably slower when many apps are open in the background.

With such specs, Alcatel TCL A2X is clearly not a gaming phone. But if you insist on playing some casual titles like Temple Run 2, the phone will do well under low to medium settings. Just don’t try to push your luck playing demanding titles like Asphalt 9.

What we like the most about this Alcatel TCL A2X review on performance was the UI. The phone runs on Android 10. It is the latest Google version and the phone gets the best of it.

Alcatel TCL A2X sticks to the pure design. It doesn’t customize the software and take full advantage of it instead. The Google Assistant works well and is easily accessible through one button. Optimizations on performance and battery life also enhance the user experience significantly.

However, we noticed too many preloaded apps on Alcatel TCL A2X. Apps like Facebook and YT music make the Home screen a bit cluttered. You can always uninstall them, though.

This phone is also very lacking when it comes to sensors. It only lists Proximity on the specs sheet. There’s no fingerprint sensor here, leaving users with older lock/unlock systems like PIN and password.

Although accessibility features are present like the Hearing Aid support, lack of sensors is a huge drawback. Users won’t be able to use apps and games that require an accelerometer.

To conclude, Alcatel TCL A2X is truly a phone for casual activities only. You can use it to communicate, surf the internet, and a bit of gaming. But if you are a person who also does some work with your phone, the performance can be quite frustrating.

A phone might be affordable, but it must meet the current standard of today’s communication technology. We’re glad to find out that Alcatel TCL A2X doesn’t cut corners here.

It’s a phone with 4G LTE support, Wi-Fi, and GPS. Bluetooth is also of the latest version. The latest v5 allows users to pair the phone with a device located more than 10 meters.

Call quality is decent, although the output voice is not as loud as we expected. Surfing the web and checking emails doesn’t take a lot of time to retrieve data from the internet. To get the best experience, it’s recommended to also have a reliable mobile package, such as these Tracfone Data Plans.

The 3,500mAh Li-Ion cell installed here meets the demand a big phone would have. The battery capacity is slightly bigger than the competitors. The phone ensures you have enough power for daily chores with its apps and battery optimization.

On paper, the phone can handle 15 hours talk time using 4G. Meanwhile, standby time can reach up to 24 days. Real-life usage is just normal, however.

Mild usage can last you one full workday. You can snap photos, use social media apps, and browse the web. All without worrying about doing a recharge anytime soon. Heavy usage is another matter, though. Watching videos and playing games reduce the battery life drastically.

Is the Alcatel TCL A2X a good phone?

Alcatel TCL A2X is an all-round option for the budget-conscious. It is only priced $79.99. With such a price you can bring home an Android 10 smartphone with a 6-inch display and dual-camera. Some people would love that prospect. We also think the phone is a bargain.

However, if you’re willing to spend a bit more, it’s best to avoid Alcatel TCL A2X. There are plenty of phones out there offering crisper screens and better processors just by spending $20-$50 more.

Overall that’s our Alcatel TCL A2X (A508DL) review. In one word, budget-friendly is what perfectly describes this particular model. If you want to get even cheaper, a feature phone can also be your option. For that, you can consider this list of 10 best Tracfone flip phones for seniors. 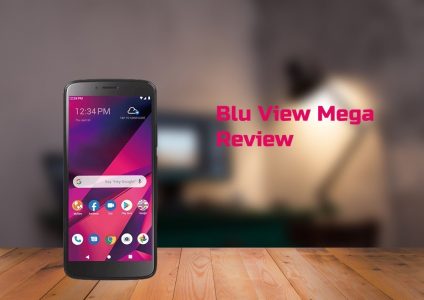 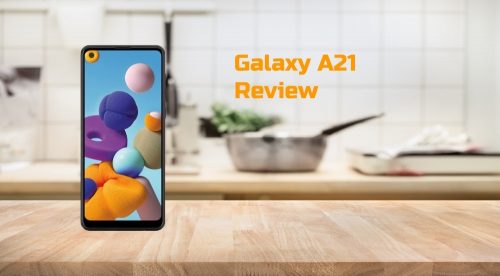