Searching for your next budget phone? Read this Samsung Galaxy A11 review on camera, display, and performance. Find out if it’s worth considering.

Samsung Galaxy A11 was released in 2020 and instantly caught customers’ eyes for several reasons. Samsung markets this particular model as an affordable phone. However, it offers interesting features that are far from subpar.

This device features a giant 6.4-inch display with infinity display. The front camera is disguised as a hole punch in the corner. You will also get a triple-camera system on the rear.

For the processor, Samsung Galaxy A11 uses a Qualcomm Snapdragon 450 and 2GB of RAM. Its software is the latest Android 10. For storage, users will get a 32GB of internal storage.

For everything else, let’s dig deeper into this Samsung Galaxy A11 review. Let’s discover how the phone performs in terms of design, ease of access, camera quality, and many more.

On the front, almost an entire space is used by the display, except for the most prominent bezel at the bottom. There’s no notch design as the camera is one with the screen.

On the back, you’ll see the camera and the fingerprint readers. The back casing is also not immune to fingerprint marks. As a user, you will notice that the phone can easy to look greasy on the back.

Taking comfort into accounts, Samsung Galaxy A11 can be too big for some people. This is one of the phones that are hard to use with one hand. The phone is very slim, though, so you can easily slip it on a tight jeans pocket. And we also like the rounded corners.

This phone also doesn’t feel heavy, although it means a lack of premium feeling unlike on metal casing phones. We also didn’t find any additional protective features. For example, a waterproof coating to protect the phone for light spills. All in all, you get a design of Samsung Galaxy A11 that is in accordance with the affordable price.

With a setup like that, Samsung ensures an immersive viewing experience with this affordable model. Relatively speaking, these days there are plenty of phones with better displays out there. Especially the ones with more expensive price tags.

However, the Samsung Galaxy A11 display manages to place itself as an above average. The HD+ screen proves to be comfortable for streaming your favorite YouTube videos, playing games, or simply just browsing around.

The edge-to-edge design also means less distraction while you’re doing your favorite activity. The thin bezels make sure viewers can enjoy most of the display. The front camera might be slightly distracting, though. It makes a weird hole on the corner of your display.

Samsung Galaxy A11 display unfortunately doesn’t have a protective layer. A coating like Gorilla Glass layering can help prevent scratches on the screen. For users, it means you will need to add tempered glass to the display. The big size of the display does make it more prone to daily wear and tear.

Samsung Galaxy A11 triple camera setup consists of a 13MP main camera, assisted by a 2MP lens for depth. There’s also a wide-angle 5MP camera alongside them. Meanwhile, the front-facing camera is at 8MP.

Upon looking, it’s easy to notice these multiple cameras on the back. They are neatly tucked into a rectangular frame. Meanwhile, the LED flash lies on the right side.

The cameras on Samsung Galaxy A11 present an opportunity for users to be as creative as they want. The combination of them allows you to take a picture with a 115-degree field of vision. It’s close to just like how human eyes would capture their surroundings.

With the 2MP depth camera, you can adjust the blur intensity in the background. You can also play around with panorama better with a wide-angle camera.

The camera gives excellent image quality for a result. It’s still not comparable to a more expensive phone, but you can easily get a nice picture for social media purposes.

The video recorder allows for a 30fps output. Unfortunately, there isn’t any video stabilization technology so the result can be shaky. The front camera, although can capture a clear selfie, comes with no LED flash and autofocus.

The internal storage Samsung Galaxy A11 offers on this phone is 32GB. In our opinion, they could have installed more room for the memory space. For a 2020 phone, a user can easily run out of space quickly.

The real capacity is only 21.5GB. It’s because the rest is heavily reserved by the phone’s system. As a result, sooner or later you will need an SD card.

The biggest SD card you can install on Samsung Galaxy A11 is a 512GB card. It’s a big amount for external storage. Although, it means you will need to spend additional money to get one.

Samsung Galaxy A11 runs on a 1.8GHz Qualcomm Snapdragon 450 processor. As for the RAM, the phone offers a very average size at 2GB. The best thing in this category is the operating system, which is the latest Android 10.

With a hardware setup above, Samsung Galaxy A11 does not stand out when compared to competitors like Moto G Power. We are not that impressed with the processor. Although it’s mostly working well, it’s not the fastest performing in its class.

Most of the time, the phone gives satisfactory performance. Snapdragon 450 is an octa-core processor. The GPU that comes with it is Adreno 506. The GPU allows users to run graphic demanding apps such as video streaming apps and video games.

However, we’re not that impressed with the RAM. At 2GB, you can expect some lags when you’re trying to push the performance to its limit. But as far as everyday apps go, the phone handles them quite efficiently. Also, it’s better to not open many apps at once.

You can multitask easily with this phone. The OS allows for features such as window split, where you can stack two apps on one screen. Android 10 also brings out other improvements such as dark mode and better Google Assistant.

Since this is a Samsung phone, you will see that the manufacturer tweaks the appearance of the software. This is what Samsung usually does. It makes the phone more familiar and user-friendly.

Samsung Galaxy A11 also packs quite a number of custom apps. Included in this category such as Samsung Members and Samsung SmartSwitch. Samsung also tweaked native apps like Calculator and Calendar. You can also still find the usual Google apps such as Drive, Chrome, and Maps.

As you may notice before, Samsung Galaxy A11 packs a fingerprint reader on the back. This feature allows for next-level security on the phone. The fingerprint is not the only sensor available on this phone. There are also Accelerometer, Light Sensor, and Proximity Sensor.

As a security feature, the fingerprint sensor is not alone. Users can also activate Face recognition if they want. Although occasionally, we found the fingerprint reader unlocks the phone much quicker than the Face Unlock.

Our Samsung Galaxy A11 review on performance shows how solid this phone is. It is not the most perfect phone on the market, but it keeps up with today’s performance demands quite well.

With Samsung Galaxy A11, consumers can enjoy the fast 4G LTE network which is supported by this model. Alongside the 4G, Wi-Fi and Bluetooth are present as other network features available here.

Everything in Samsung Galaxy A11 is pretty standard in terms of connectivity. You get what you should get in a 2020 phone. The USB connector, USB Type-C, has become common lately. This phone also features this type of USB.

We found no issue when trying to make a call or surfing the internet. Internet browsing is fast, just make sure you have a good internet plan such as this Tracfone Unlimited plan. The GPS sensor helps to find a location quickly. Lastly, you will still find a headphone jack on the Samsung Galaxy A11.

Samsung Galaxy A11 features a 4,000mAh battery as its source of energy. Samsung claims the battery will power the phone throughout the day easily. The battery on this phone is non-removable.

Typically you can last a day with a single charge. However, performance depends on usage patterns. One full day can be easily achieved on normal usage. Also, users can customize the Android 10 battery-saving features to increase battery life.

This phone supports fast charging (15W). In our opinion, this is the best part of Samsung Galaxy A11’s battery. No matter how often you run out of the battery, you will know you can always charge up quickly.

Is the Samsung Galaxy A11 a good phone?

Samsung Galaxy A11 is a good product for several reasons. Mainly, the strength of this phone comes from its display and camera. Especially the camera, which is in our opinion, is the main attraction of this phone.

For potential buyers who put photography as a priority, this phone is an affordable option. At a price tag of $129.99, you get a triple-camera system without having to spend a lot of money.

There are also other perks you can consider, such as the android 10, fingerprint sensor, and the fast charging feature. All in all, for this Samsung Galaxy A11 review, we conclude the phone as a decent budget option.

For a mobile plan that’s also friendly to your budget, we recommend using Tracfone Wireless. Read what plans they offer in this definitive guide. 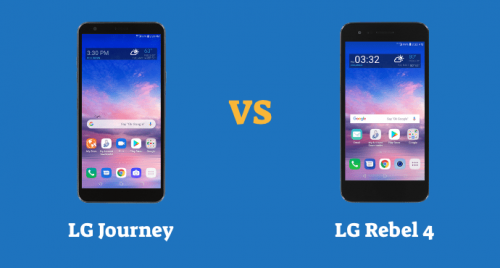 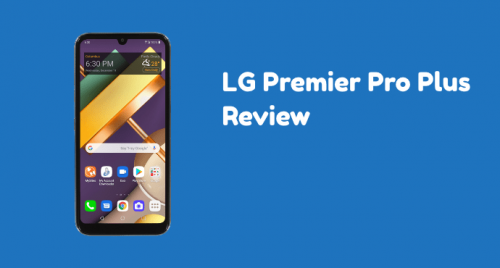 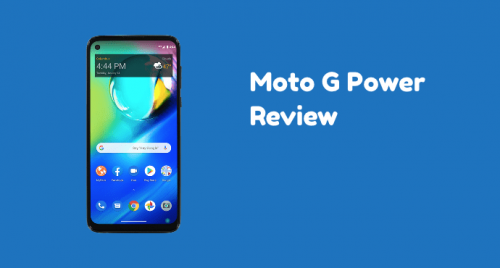